Overview: Most of the market news this week was unfavorable for mortgage rates, causing rates to end the week a little higher. The primary influences included stronger than expected economic data and progress on tax reform. Comments from current Fed Chair Janet Yellen and President Trump’s nominee to be the next Fed Chair Jerome Powell contained few surprises and had a minor net impact.

The economic data released this week exceeded expectations across the board, in some cases by a wide margin. Consumers are generally feeling optimistic, which is powering economic activity, including home sales. The Consumer Confidence Index jumped to the highest level since 2000. A low unemployment rate, a record high stock market, and potential tax reform are some contributors. In October, sales of new homes increased to the highest level since 2007, as growth was seen in all four regions of the U.S. Third quarter gross domestic product (GDP), the broadest measure of economic growth, was revised higher, from 3.0% to 3.3%.

On Tuesday, the Senate Finance Committee passed its tax reform plan. The full Senate will now consider the bill. The market reacted to this progress by pushing stocks higher. Mortgage rates unfortunately also rose, as the tax package will likely stimulate the economy and increase the outlook for future inflation.

The Federal Housing Finance Agency (FHFA), the regulator for Fannie Mae and Freddie Mac, this week announced new conforming loan limits for 2018. The baseline limit, which affects most markets, will increase by 6.8% to $453,100. Loan limits in markets designated as “high cost areas” will increase to $679,650.

Week Ahead
Looking ahead, the core Personal Consumption Expenditures (PCE) Price Index, the inflation indicator favored by the Fed, will be released on Thursday. The Institute for Supply Management (ISM) Manufacturing Index will come out on December 1, followed by the ISM Services Index on December 5. The next key Employment Report will be released on December 8. In addition, news on tax reform or government funding could influence mortgage rates. To avoid a government shutdown on December 8, Congress must pass legislation to extend funding for the government. Investors will be closely watching these negotiations. 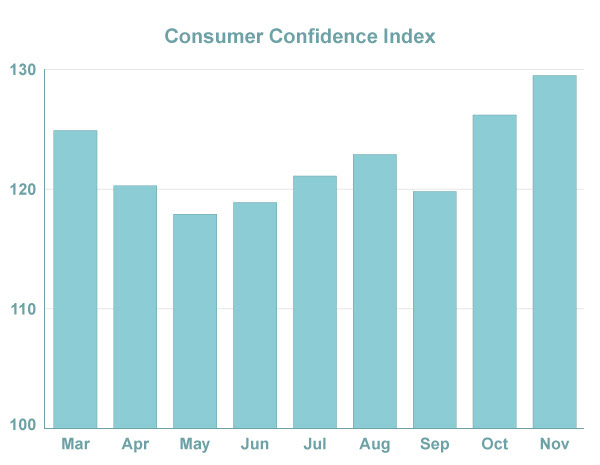 Give us a call today and we will be happy to put you on the track of a new home here in St Augustine, St Johns, Nocatee or Ponte Vedra. For Buyers Only Realty is the only Exclusive Buyer’s Agents in Northeast Florida. 100% Buyer Representation at no cost to you! We are the Wife-Husband team of Buyer’s Agents! Call Sharon Stevens at 904-687-5220 or Dwight Cole at 904-466-4630.